You may want to start here.

I started this post on the premise that we vote the way we do because we are used to it, not because it is the right way.  I was hopeful that I would find an alternative. A better way to vote. A way that ensures that we vote for leaders who have our interests at heart. Leaders who are free from corruption, scandals, and any foibles. But the more I read and asked questions, the more disillusioned I became. Whichever way I looked at it; politics looked like an entangled power play, with our backwardness and even democracy by itself. Everything pointed to the same. Our inability to make a change through voting.

There are three types of Kenyan voters.-at least in my opinion. The ones who follow through the electoral process from start to finish. They watch the news, they read the newspaper every day, they participate in political rallies, they are party members. They justify Aristotle claims that man is a political animal through and through.

Then there is the second batch, those who vote for the sake of voting. They somewhat follow the news, somewhat contribute to twitter conversations during the political heat and somewhat try to justify why they are voting for a certain political candidate. The majority of us lie here.1 We understand that to vote is to exercise our constitutional right and duty. But over time we got tired of the political circus. We grew more apathetic. We think all political leaders are thieves and liars; so we really don’t care.Unfortunately, that group of us is between 18-35 years and contributes to more than half of the population that voted in the 2017 general elections.

Like our own political leaders, we always think that we are blameless. That the choices we make are free from reproach. That we are perfect. That we know why we are voting for the people we are voting for. That we know them too well, to not make any mistakes. That our political judgment is right and that we fully understand the agendas behind the leaders we vote into power. Nevertheless, this is far from the truth.

Our elections that are meant to be democratic, have turned into electoral coups. – a sort of scorched earth electoral culture. We shed too much blood, damage too many properties, steal too many votes, rupture too many friendships, destroy too many institutions, and spend too much money.

We think we are voting right because most of the time we employ strategic voting. The strategic voter thinks that the best way to vote is to vote for the better devil or the devil they know. Even more simply, we more or less, look for the people we can identify with and vote for them. People who speak our language. People who believe in what we believe or think we believe. People who we assume have the same social class as us or have gone through the struggles we have gone through.

The world is more complicated than we think it is. We elect representatives to spend time making legislations on our behalf. Perhaps, the solution for better leadership and a better political and economic life is to implement direct democracy. To be the leaders that do not have. For example, if let’s say the County Government of Nairobi wanted to remove commuter buses from the city center then citizens should be polled on whether they think this decision should pass through or not. After all, these issues affect the citizen himself. However, doing that, then just means we do not need representatives; which is a faux pas.

The truth is we do not wake up thinking of civil problems day in day out and even if we do, we just complain about it and nothing more. This is exactly why we elect representatives; to deal with our problems. 3 The solution for a more efficient electoral system is more complicated than we think. So maybe the solution is to search within ourselves for a more effective solution. To for a minute throw politics into a box and walk away and search deep in ourselves.

The starting point for a more conscious way of voting looks something like this:-

Reality Check #1 –To realize that we vote on ethnic lines

It is important to understand that we describe our political world the way we want it to be rather than the way it really is. Kenyans think that they are not tribal even though their voting patterns suggest otherwise.4 The point is to recognize that you may be blindsided by your own thoughts. We are naturally inclined to think that the best candidate speaks our own language.5

Reality check # 2 –There has never been a perfect leader

The thing is, there has never been a flawless president. There are always weaknesses surrounding them. In the same vein, great things don’t usually sit completely in one category or the other. However honorable the intentions of one leader may be, leaders are always overwhelmed with the constant need to keep their supporters happy and the means of keeping them depends on how many need rewarding.

Democratic leaders whom we believe to be the benevolent guardians of freedom are not so different from their dictator counterparts. In fact the only difference between them is the number of keys around him. For a dictator to remain in power he maintains a tight-knit of allies who help him keep his position, a democratic leader, on the other hand, will need more of these allies to maintain his position.

Reality Check # 3 –To know that voting is not the key to political change.

Voting is not the key to political change … but to think otherwise, that it accounts for nothing is a dangerous moral deceit. Citizens have the will and the capacity to change their political fate even if in the least possible ways. Politics is progressive. We can define the leadership that we want… not effectively, but we can try to.

Reality Check #4 – To know that we fall short of an understanding of the concept of privilege.

Many of us grew up with the privilege of not knowing what fighting for democracy meant. Or even the fight for independence. We just heard stories or read books. In turn, we view the most fundamental aspects of our lives as choices rather than the reality of things. We have reduced contentious issues such as human rights to something we either believe in or not instead of something that needs to be preserved.

The first question here is probably to ask yourself how do you view things. Is it that you either believe in it or not? Or is it a fact that you need to stand for.

The presence of policy issues in an election campaign dilutes the impact of the ethnic census.  And though political manifestos in our country are replicated between parties; your role as a voter is to analyze which leader’s lifestyle in the limelight speaks to the spatial and valence issues that your values align with. The spatial issues are a spectrum of choices and options. Such as what is their stand on minimum wage, abortion, religion, and taxes. Valence issues, on the other hand, refer to those that you think are of a higher value to you. Some guidelines to follow would be:

3. To vote as if it is our duty and to be a citizen

The call here is to understand that the discussion is about much more than one election or any election for that matter. It is about who we are as people and what we believe in. We need to understand that over years our politics has made us disillusioned and disgusted. But it’s only the disillusioned and the disgusted voters who are capable of raising the bar in the long run. So the next time you are casting your vote, vote as if it is your duty because it is, vote as if your life depends on it… because it does.

The most common mistake we make is thinking that the government is not doing enough or it is failing, We are the Government. Our lives depend on systems that we ourselves can and should change. We need to be willing to be part of these solutions. To become experts in our own field. To believe in a cause. To volunteer, to protest, to speak out, and to work. The fact that you can read this means that you are privileged enough to make a difference. Meanwhile, they are people who are not, who need our help in making a better place. ⁶ 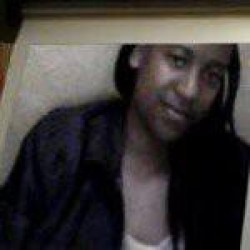